The call of the trumpets, the beat of the drums, the wail of the pipes – the mighty sounds of the Virginia International Tattoo! An astounding display of inspirational military music, majestic massed pipes and drums, and show stopping drill team maneuvers is sure to be a moving experience. Visit Nauticus, a modern maritime museum and explore the six-star, Battleship Wisconsin. While on a dinner cruise, view the mighty ships and submarines of the Navy’s Atlantic Fleet. See a beautiful collection of roses, camellias, and crape myrtles at the Norfolk Botanical Gardens. At the Military Aviation Museum see one of the largest private collections of World War I and World War II era military aircraft in the world and meet Rosie the Riveter to hear stories of the women’s war effort and what life was like in Virginia Beach during the 40s. 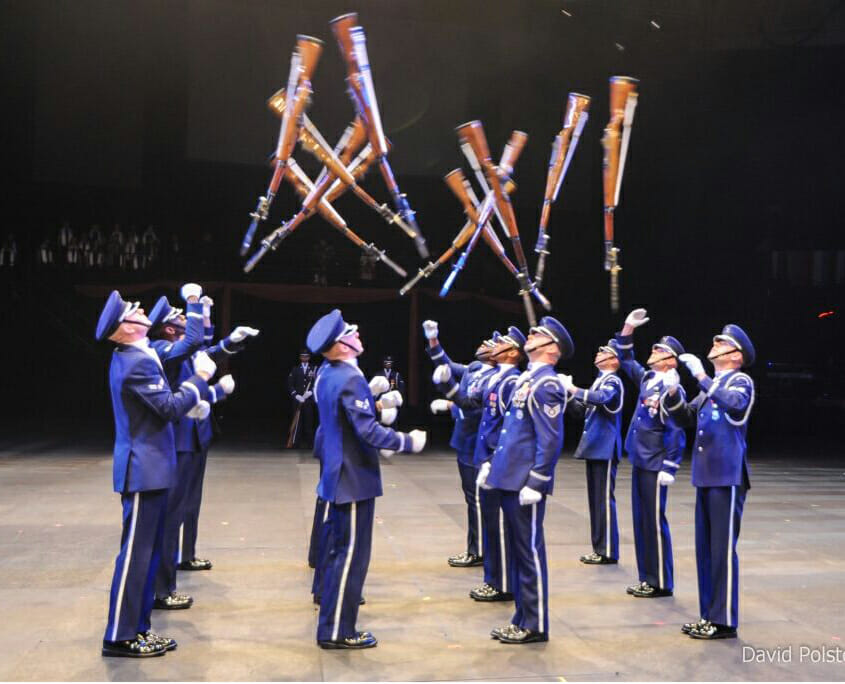 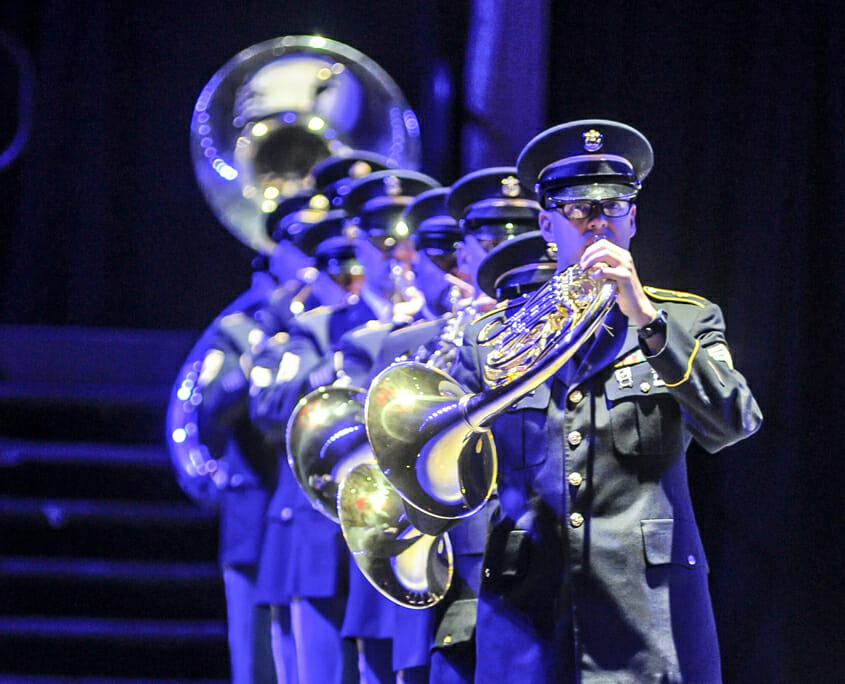 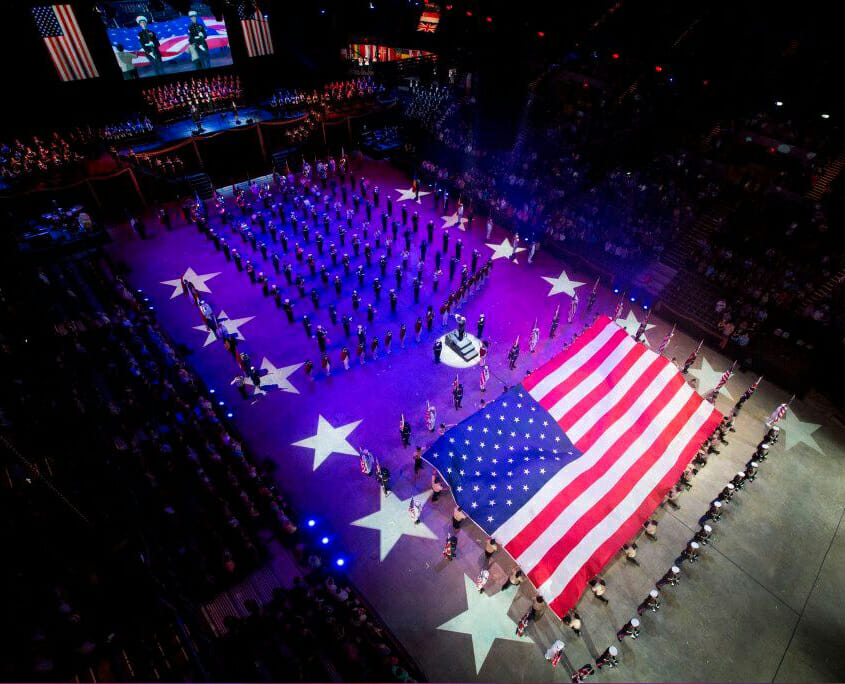 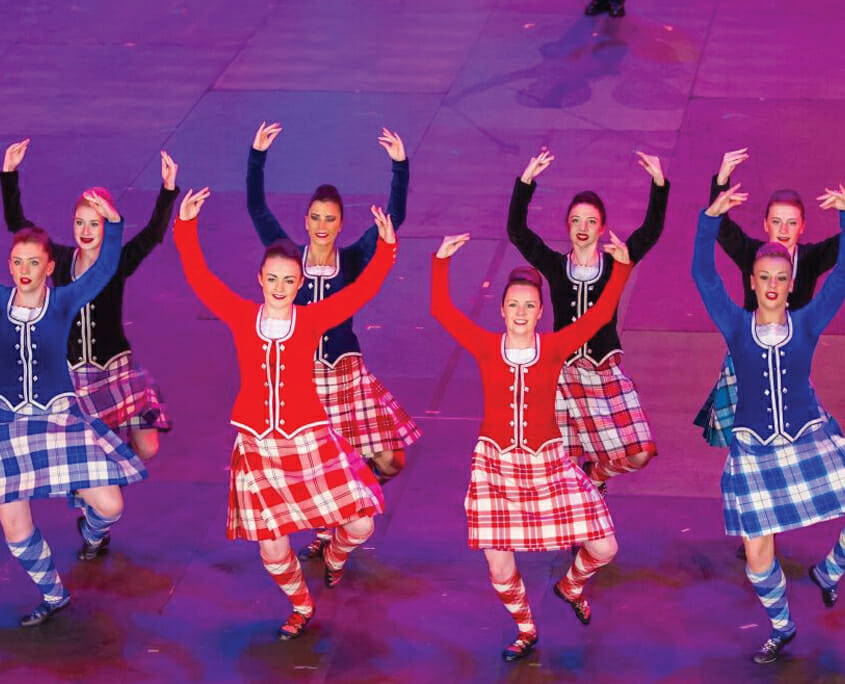 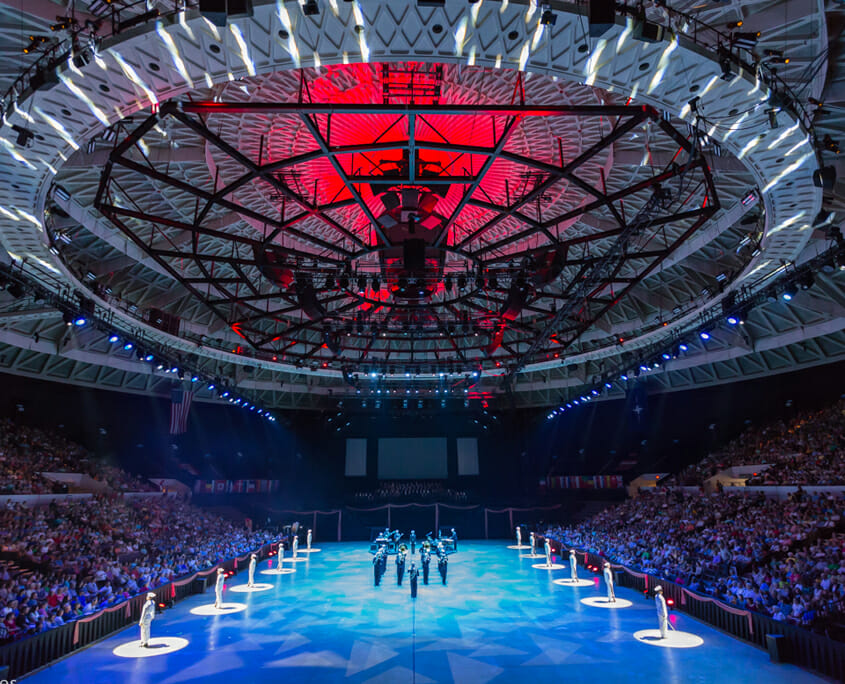 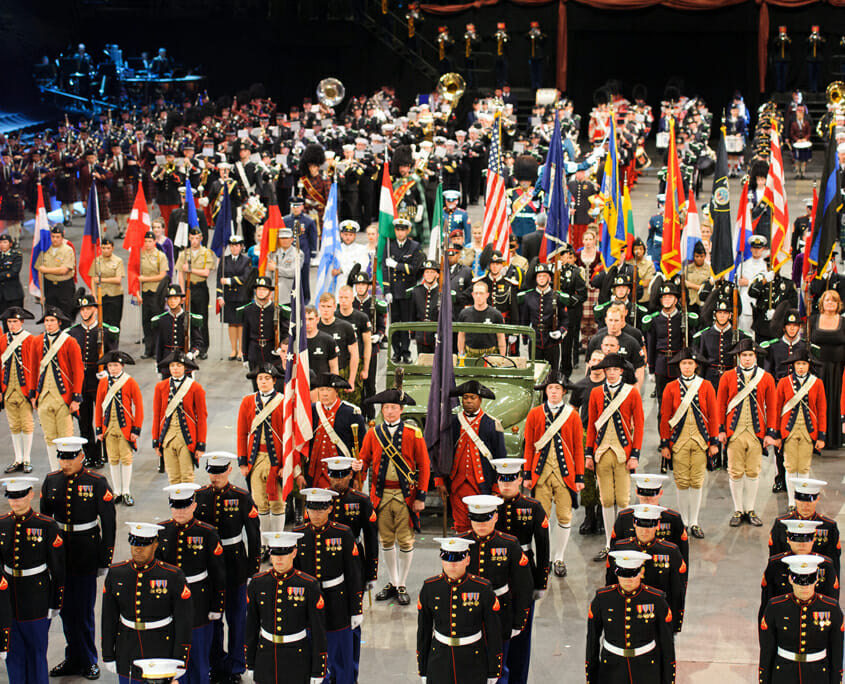 Tue, Apr 13: Fly to Norfolk, Virginia. Enjoy a Welcome Lunch with waterside views. Located on the Chesapeake Bay, Norfolk has a long strategic military and transportation history. Tour the Nauticus — a modern maritime museum located in Norfolk’s harbor — and get a chance to explore the six-star, Battleship Wisconsin, one of the largest and last battleships built by the U.S. Navy. After doing battle and earning five stars in World War II, one star for her efforts in the Korean War, and commendation for service during the first Gulf War, Battleship Wisconsin was restored and berthed at Nauticus. (Meals: Lunch)

Wed, Apr 14: In the morning, spend time along the harbor. Tour the world’s largest naval base, the Norfolk Naval Station with a naval base Sailor. See aircraft carriers, destroyers, amphibious assault ships, and learn about the history of the naval station. Following the tour, enjoy lunch at the Wisteria Cafe, located in the Chrysler Museum of Art. Tour the museum, housed in a beautiful Italianate-style structure, which features art from Ansel Adams, Georgia O’Keeffe, Pablo Picasso, Salvator Rosa, and Frank Lloyd Wright. Enjoy the afternoon at leisure before boarding the Spirit of Norfolk to dine, dance, play games, and catch spectacular views of the ships and submarines of the Navy’s Atlantic Fleet from the skyline deck. (B,D)

Thu, Apr 15: Start the day at the Norfolk Botanical Gardens, with 175 beautiful acres of roses, camellias, crape myrtles, and a very popular Butterfly House. Surrounded by water on three sides, the gardens offer a unique perspective on the horticulture of the area. Round out the morning with a visit to the MacArthur Memorial, honoring the life of General of the Army Douglas MacArthur, before an afternoon at leisure. Choose to relax or visit one of the many museums nearby. This evening is reserved for the Virginia International Tattoo, a centuries-old Scottish tradition with a  21st-century American soul, an astounding and moving display of inspirational military music, majestic massed pipes and drums, and drill team maneuvers. With over 1,000 international performers including the U.S. Army, Navy, Air Force, Marine Corps, and Coast Guard, the Virginia International Tattoo is a perfect show for people of all ages and interests! (B)

Fri, Apr 16: Visit the Military Aviation Museum, home to one of the world’s largest collections of World War I and World War II era military aircraft. Enjoy lunch and listen to “Rosie the Riveter” share stories of the women’s war effort and what life was like in Virginia Beach during the 40s. Proceed to the airport and fly home. (B,L) 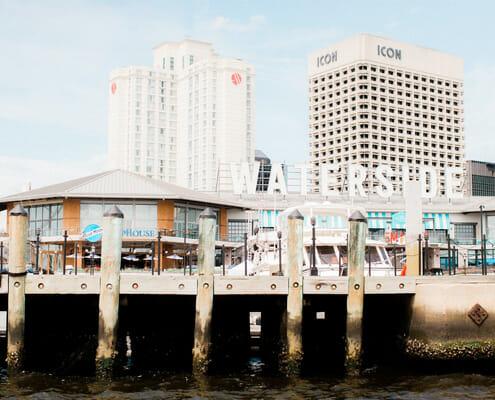 * Subject to change due to fuel surcharge