Sounds of Memphis and Nashville

Prepare for a toe-tapping good time on this tour of Tennessee’s most famed musical cities. Visit Memphis and Nashville as you revel in the sounds of the blues, jazz, country, and good old rock ‘n’ roll. Spend two nights in Memphis, “birthplace of the blues,” at the Guesthouse at Graceland, tour Elvis Presley’s Graceland mansion and new entertainment complex. Watch the march of the famous “Peabody Ducks” and take in live music and dinner on world-renown Beale Street. In Nashville, spend three nights at the Gaylord Opryland Resort and have reserved seats at the Grand Ole Opry, complete with a backstage tour! Tour historic RCA Studio B, and see where country legends recorded hit songs. Wander through the Country Music Hall of Fame and have a rollicking lunch at Ole Red, Blake Shelton’s restaurant and music venue. The blend of phenomenal food, and the sounds of Nashville and Memphis comprise a journey full of experiences that will have you humming and smiling long after you return home.

This itinerary includes activities where moderate walking is required. Some of the most unique sightseeing can be restrictive to motorcoaches, especially in historic areas. 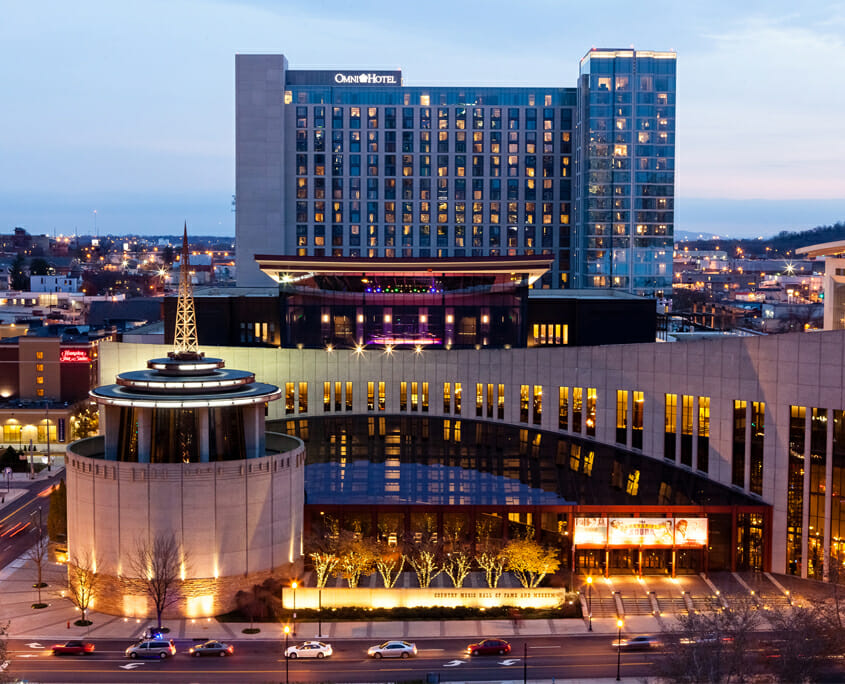 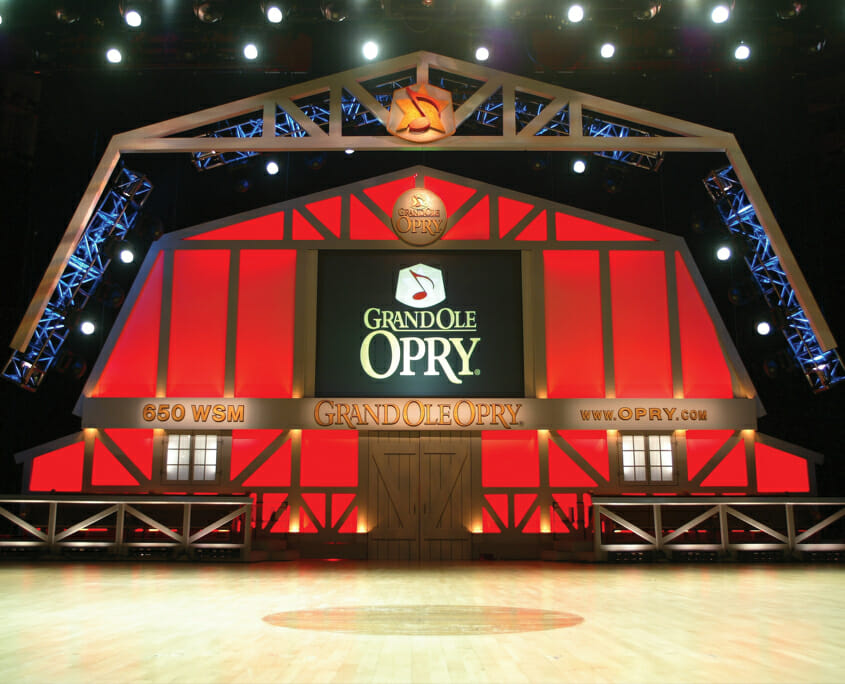 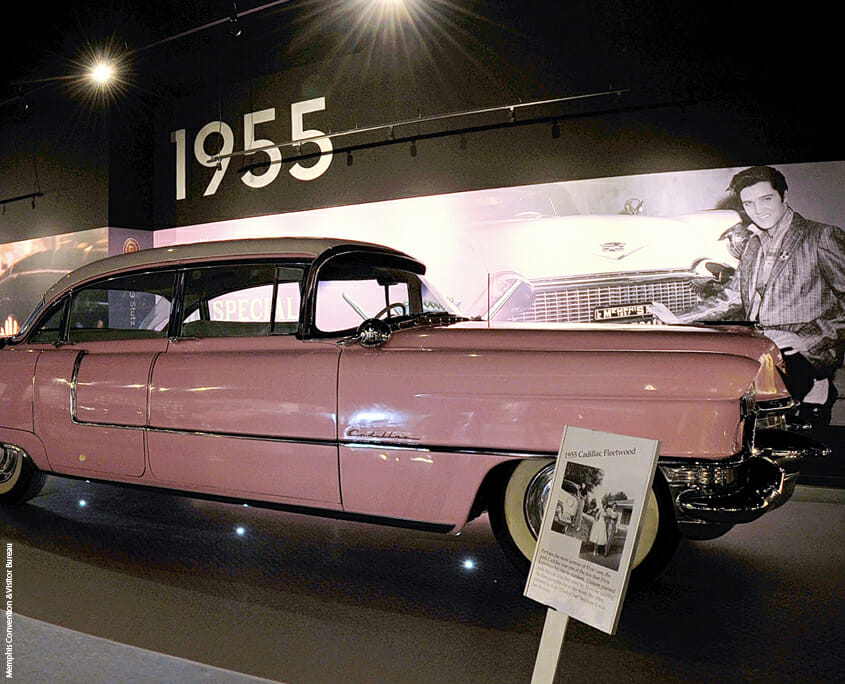 Mon, April 26: Travel to Memphis, the birthplace of the Blues, Rock ‘n’ Roll and Soul. Upon arrival, immerse yourself in Memphis’ energetic musical scene as you feast on southern cuisine on world-famous Beale Street. Stay two nights at the Guest House at Graceland. A Welcome Dinner is included at the hotel. (Meals: Dinner)

Tue, Apr 27: Following breakfast at the hotel, don your blue suede shoes and visit Graceland mansion, the palatial home of Elvis Presley. Next, enjoy the exhibits at the visitor’s complex — including a new museum, interactive exhibits, and restaurants. Later this afternoon, embark on a one-of-a-kind tour of the city of Memphis. Local musicians board the coach and tell the story of Memphis’ musical heritage and history as you view the city’s many highlights—you may even be tempted to sing along! Catch the world-famous “March of the Peabody Ducks” at the Peabody Hotel before an included dinner on Beale Street for some Memphis-style BBQ and live entertainment. (B,D)

Wed, Apr 28: Travel the music highway to Jackson, once home to Carl Perkins, Sonny Boy Williamson, Tina Turner, and America’s first Hard Rock Cafe. Visit the Legends of Tennessee Music Museum. It was here in the alleys and the honkytonks of Jackson, that a rich mixture of country music, blues and moonshine created the setting for the first rock music ever heard on planet earth. Continue the journey to Nashville and upon arrival, tour the historic RCA Studio B for an upclose look at Music City’s oldest remaining studio where Elvis Presley, Dolly Parton and Charlie Pride once recorded some of their classic hits! Learn the secrets of how each artist recorded their chart-topping music in this famous studio, where you may even have the opportunity to record your own hit! Check in for the next three nights at the popular Gaylord Opryland Resort and have the balance of the day free to explore the resort complex on your own. (B)

Thu, Apr 29: This morning, a local guide will share the history and lore of “Music City” during a sightseeing tour. Visit the Old Ryman Auditorium and view the State Capitol, Music Row and the Parthenon – a full scale replica of the Athenian original! Have an included lunch in downtown Nashville at Ole Red, Blake Shelton’s buzz-worthy, four-story, restaurant-club-venue combo, offering award-winning Southern fare, an eclectic vibe, and of course, live music all day and night (with the occasional surprise appearance by Mr. Shelton and friends)! Experience the Country Music Hall of Fame; the museum’s vast collections of memorabilia, costumes, recordings and instruments are artfully presented in cutting-edge exhibits relaying the colorful histories of country music and its artists. This evening an optional dinner show at CabaRay Showroom, starring Ray Stephens will be offered. (B,L)

Fri, Apr 30: The morning and afternoon are yours to enjoy the resort or spend more time in Nashville on your own. Stroll more of Music Row, visit the Johnny Cash Museum and Patsy Cline Museum—housed in the same building. Step into a café to listen to budding artists play or stroll the specialty shops and hunt for souvenirs. This evening, dinner is included before you take your reserved seat for a show at the renowned “Grand Ole Opry.” What began as a building where a local radio broadcast show aired once a week in 1925 has grown to become an entertainment complex that attracts music fans from all over the world. After the show, enjoy a behind-the-scenes look at the music during a backstage tour of the Opry! (B,D)

Sat, May 1: Depart Nashville after breakfast for Hendersonville to begin a Country Stars Driving Tour with a local expert highlighting famous artists that have called Sumner County home, such as Conway Twitty, Johnny Cash, Roy Orbison, and Marty Stuart. Stop in Gallatin where you’ll enjoy the best songs and duets of Johnny Cash’s years as a late-night talk show host in the historic Palace Theater.  Duets include Cash with Loretta Lynn, Kris Kristofferson, Statler Brothers, Ray Charles, and more! Explore downtown Gallatin’s quaint town square—home to a variety of boutiques, specialty shops, and cafes. Return to Indianapolis after a fun-filled entertaining tour. (B) 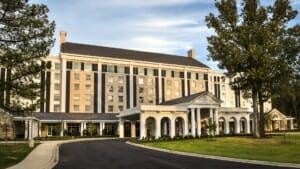 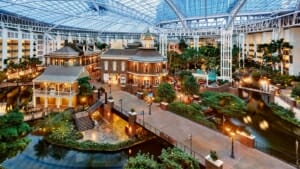