The year 2022 marks the 42nd time since 1634 that the Passion Play will be presented in Oberammergau, Germany. More than 2,000 participants bring to life the story of the Crucifixion of Christ — from His entry into Jerusalem to His Resurrection and Ascension into Heaven. Witness this wonderful spectacle of pageantry with a majestic mountain backdrop and discover traditional Bavarian villages, world-famous sights, historical locations, and breathtaking scenery along the way. See the glass dome of the Reichstag and Brandenburg Gate in Berlin. Visit the attractions of Dresden housed in former Saxon palaces and see Prague Castle, Wenceslas Square, and the Charles Bridge in Prague. Visit to the grandiose Neuschwanstein Castle—designed by King Ludwig, relax at beautiful Lake Constance and discover the beauty and culture in the nearby Black Forest. Secure your spot now for this widely sought after, intensely popular, once-in-a-decade opportunity.

NOTE: This itinerary includes activities where moderate walking, possibly on uneven terrain, is required. Some of the most unique sightseeing can be restrictive to motorcoaches; especially in historic areas. There are 300 steps during the tour at Neuschwanstein Castle, and walking on an incline to the castle entrance.

COVID 19 REQUIREMENT: This itinerary includes hotels and activities which are currently requiring proof of full COVID 19 vaccination and may be limiting services.

PASSPORT REQUIREMENT: A passport is required to travel to this destination and must be valid for at least six months after your return. 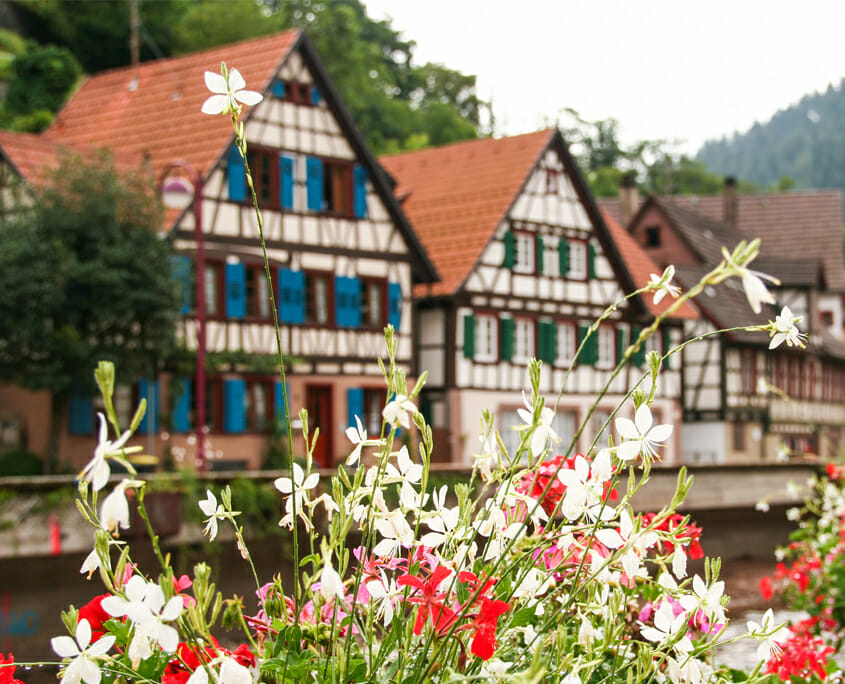 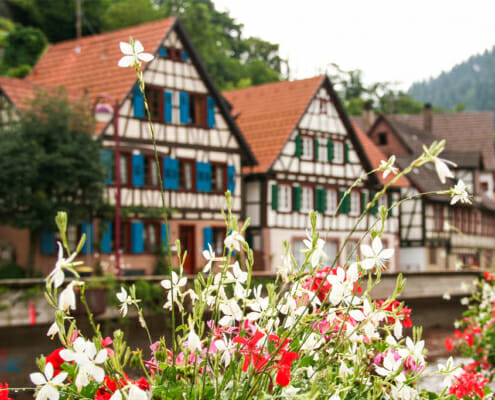 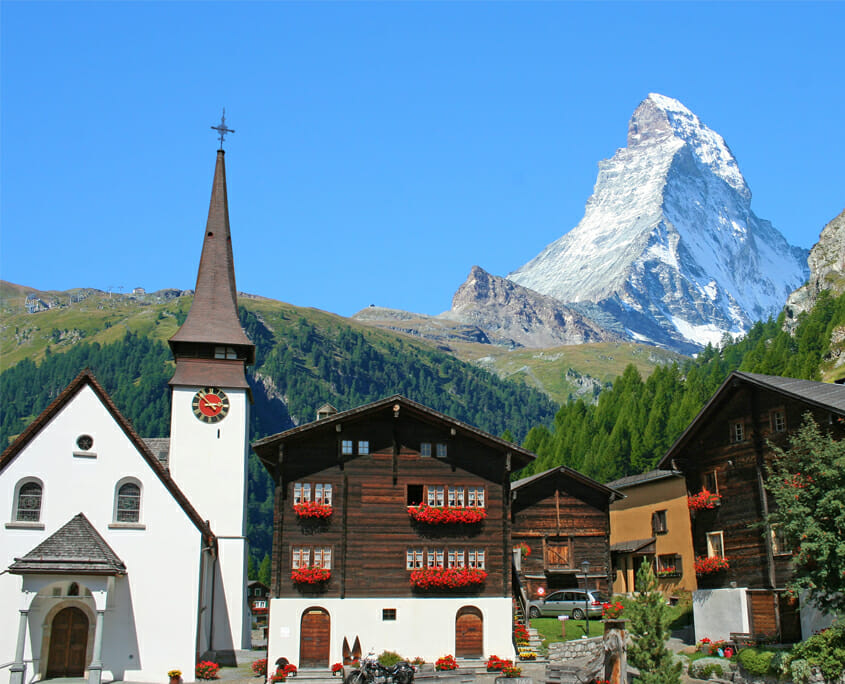 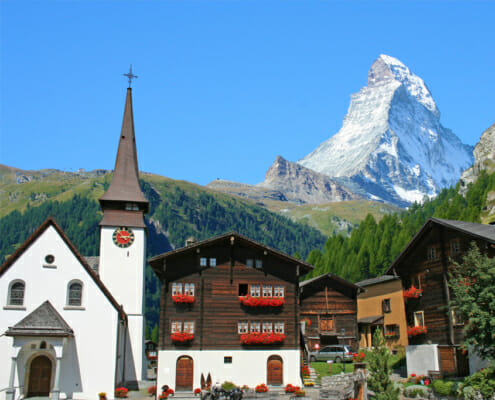 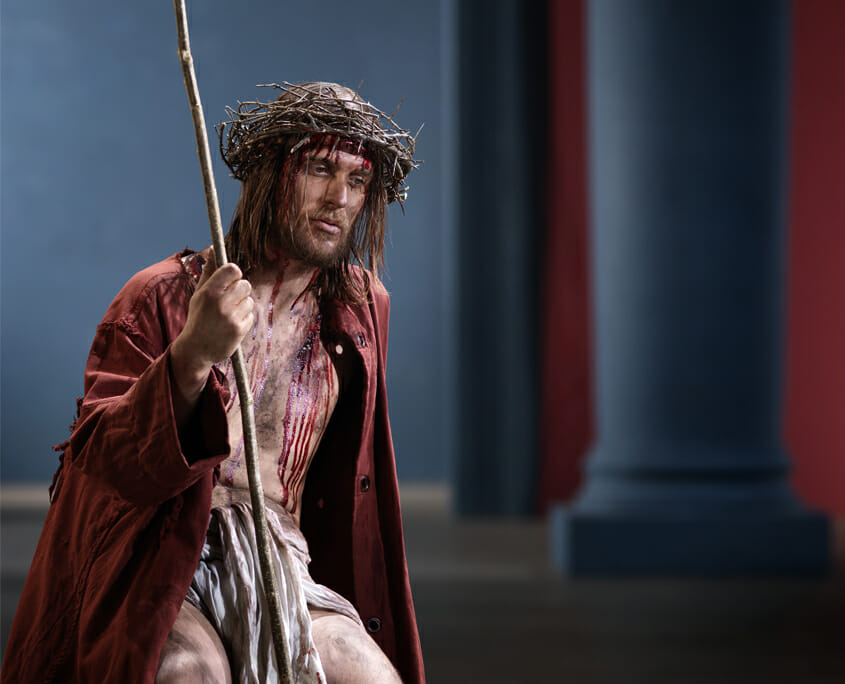 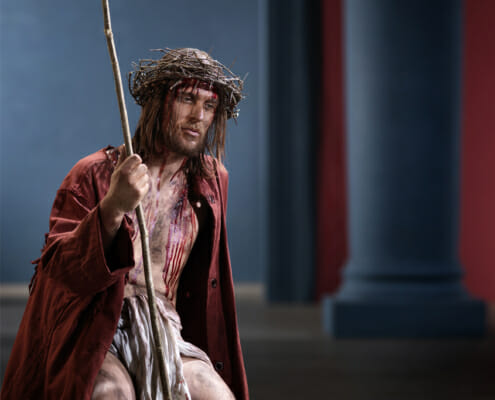 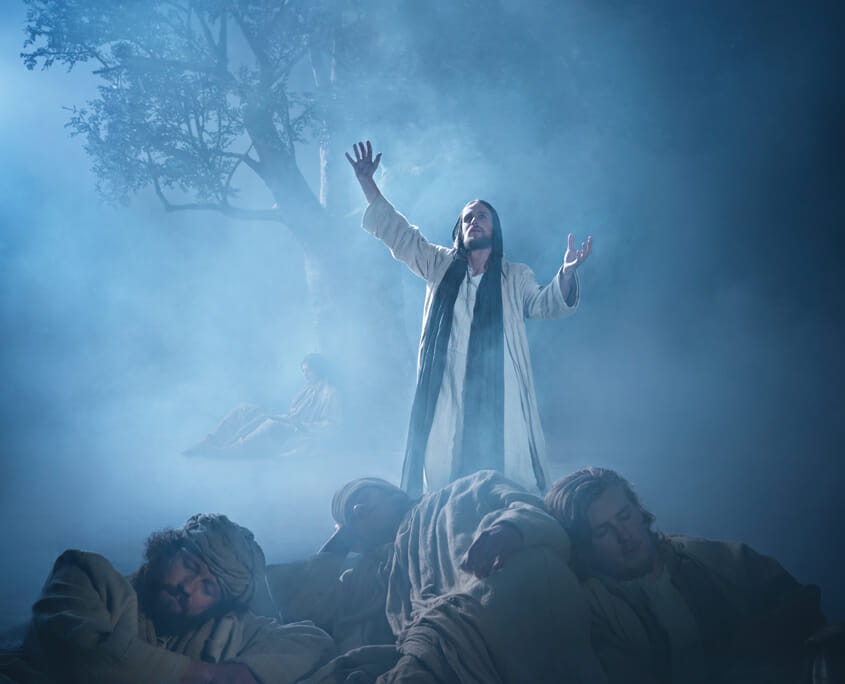 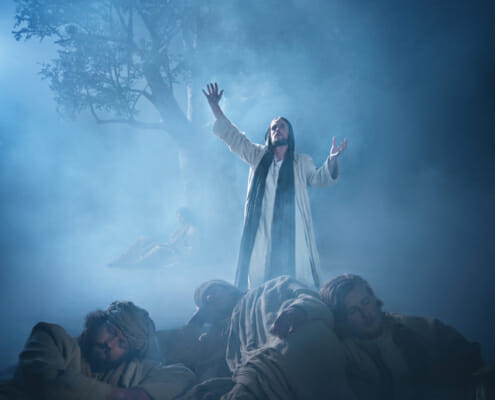 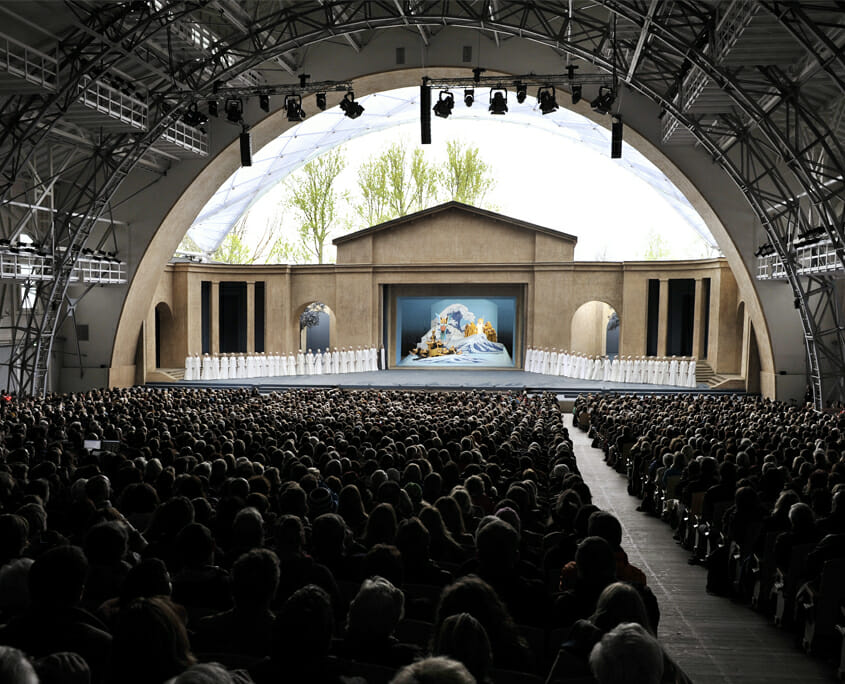 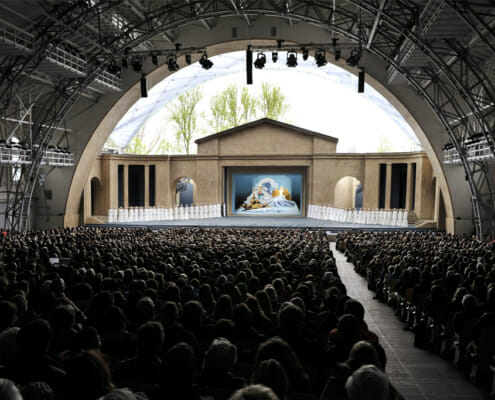 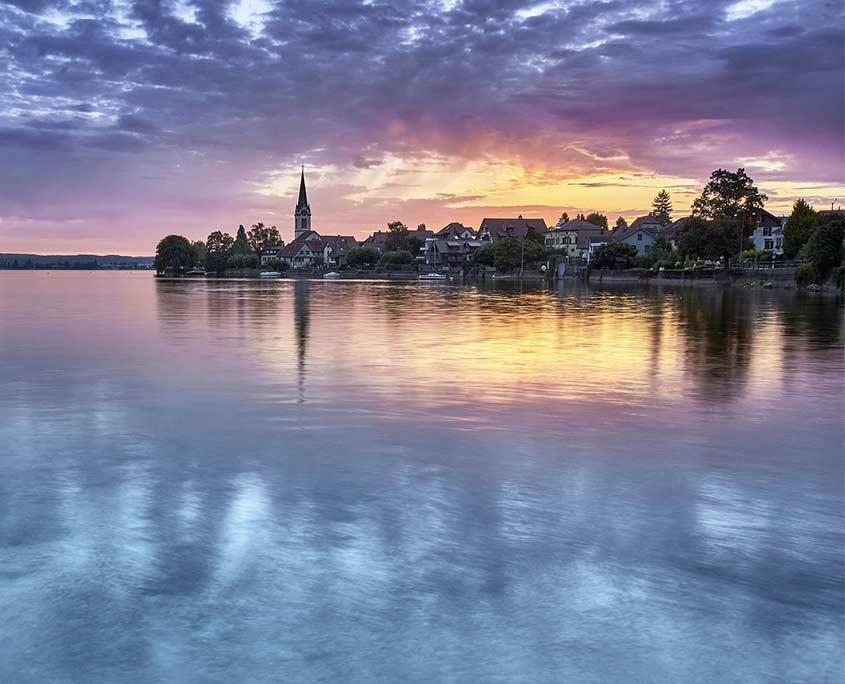 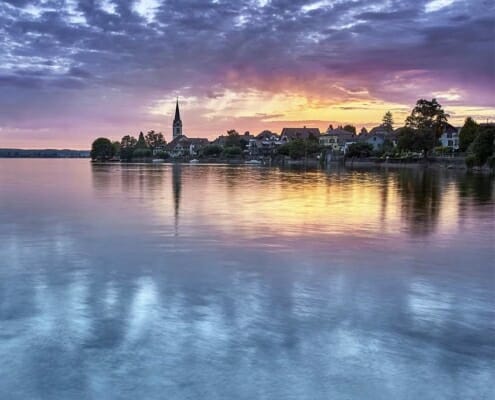 Sun, July 31: Arrive in Berlin, often heralded as “the ever-changing city.” Since the fall of the Berlin Wall and the reunification of the city, Berlin has restlessly reinvented itself as a political, business and entertainment center. The city is full of history and charm, and a rebellious attitude when it comes to political and social preferences, which is precisely what gives Berlin its unique and diverse character. Head to the popular waterfront where shops and cafes sit along the Spree River and the city’s many canals. Check in to the hotel this afternoon for a bit of rest before rejoining the group for a Welcome Dinner. (Meal: Dinner)

Mon, Aug 1: After breakfast, take a narrated drive around the city seeing such sites as the glass dome of the Reichstag, which crowns the government quarter. The Brandenburg Gate, a cluster of skyscrapers and an eye-catching tent-like structure, modeled after Japan’s Mount Fuji, define the rebuilt Potsdamer Platz — a center of activity in the storied Berlin of the 1920s and now a bustling development built next to the formerly divided city’s no-man’s land, which sat as an empty sandlot for many years. Architecture, much of it in glass and steel, is definitely the calling card of the New Berlin, but the city’s many parks, canals and forest-rimmed lakes are still its loveliest real estate. One of Berlin’s newest attractions is the Jewish Museum, a massive architectural thunderbolt, housing two millennia of German Jewish history. Visit the museum, then return to the hotel for an evening at leisure. (B,L)

Tue, Aug 2: Travel to Dresden. Rich with history, many of this city’s attractions are museums housed in former Saxon palaces or castles, their structures just as fascinating as the art and artifacts they hold. Many of its Baroque architectural gems, dating back to a time when the capital of Saxony ruled most of present-day Poland and eastern Germany from the banks of the Elbe River, have been restored to their original grandeur. It is a special treat to stroll the city’s old-world streets. Enjoy a historical tour and a guided walk before free time to explore at leisure. Dinner is included this evening. Overnight in Dresden. (B,D)

Wed Aug 3: Travel to Prague, Czech Republic and enjoy a panoramic tour seeing all the major sites, including Prague Castle, Wenceslas Square, Old Town Square, the Charles Bridge, the Jewish Quarter and New Town Hall. Check in to your hotel in Old Town and have the balance of the day to explore and have dinner on your own. (B)

Thu, Aug 4: The day is free for individual pursuits in Prague. Regroup this evening for a colorful, musical Czech Folkloric dinner show. (B,D)

Fri, Aug 5: Wave goodbye to Prague and travel back into Germany, stopping in lovely Regensburg, a Bavarian city on the Danube River known for its well-preserved medieval core. From here the road will take you into the land of lederhosen and traditional biergartens; Munich. Where you will have found Berlin a more modern city, Munich is most quintessential German. Check in to a centrally located hotel and enjoy a traditional German dinner. (B,D)

Sat, Aug 6: Today’s adventure begins with a locally guided tour through the city, seeing notable sites and culminating at Marienplatz (Marien Square), the central square in the heart of Munich and home to the Neues Rathaus (New Town Hall of Munich). The tower of the Neues Rathaus houses the Glockenspiel, a beautiful chiming clock that is over 100 years old. At noon you’ll hear the Glockenspiel ring and can watch the 32 life-sized figures reenact historical Bavarian events. Explore some of the city’s most historic buildings, churches, and landmarks such as the Mariensaule, which is topped with the golden statue of Virgin Mary. Following lunch in Munich, drive south to Oberammergau to spend two nights in the heart of town. A group dinner is included this evening. (B,D)

Sun, Aug 7: Wake up in the storybook town of Oberammergau. After a morning at leisure to peruse shops filled with local wood-carvings, the moment you have been waiting for has arrived; take your reserved seat for Oberammergau’s Passion Play, the promised event that only happens every ten years. The cast of 2,000 villagers, nearly half of Oberammergau’s population, rehearses for a year to present this powerful and moving performance that is sure to make a lasting impression on your heart. Dinner is served during the intermission of the five-hour performance. (B,D)

Mon, Aug 8:  Depart Oberammergau for a memorable visit to the most famous castle in the world, the grand Neuschwanstein Castle, which was designed by King Ludwig. Then have time for lunch on your own in town at the foot of the castle before heading to the Bodensee (Lake Constance) and check into your hotel where you’ll spend the last two nights of the tour. Enjoy your evening at leisure. (B)

Tue, Aug 9: Spend the day sightseeing immersed in the nearby Black Forest and it’s culture—visit a cuckoo clock shop, and dig into a big slice of delectable Black Forest cake! Check out the Rhine Falls and make favorite tour memories with new found friends at a Farewell Dinner. (B,D)

Wed, Aug 10: Transfer to Zurich. Fly home to Indianapolis. (B) 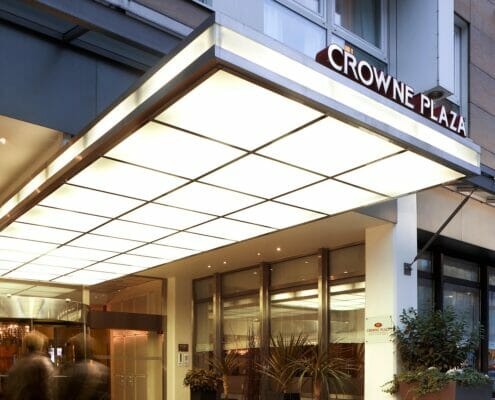 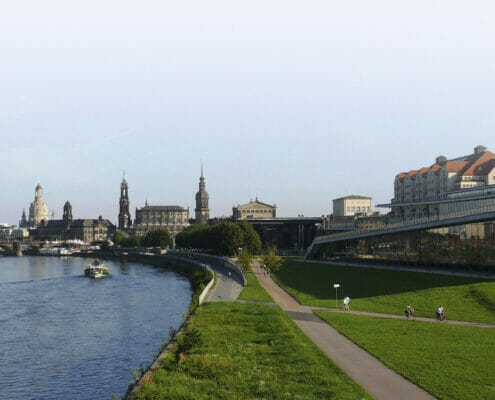 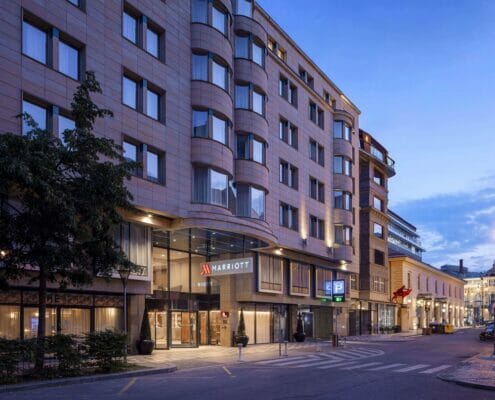 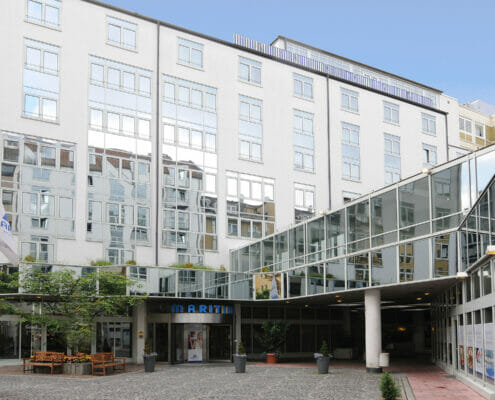 Oberammergau. Accommodations in the town of Oberammergau will be assigned by the Passion Play about 90 days prior. 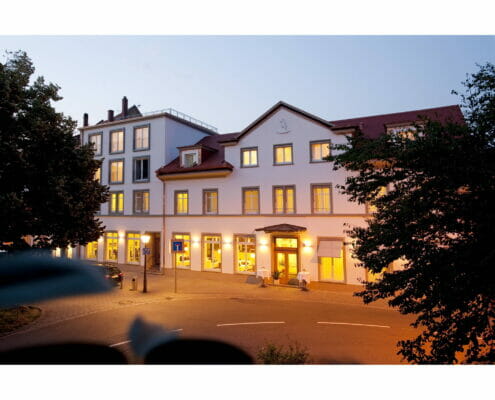 Call for Land Only Pricing.