Art, History & Culture of the Southwest

The rugged beauty of New Mexico’s northern mountains and high deserts inspired artists such as Georgia O’Keeffe, Joseph Henry Sharp, and Victor Higgins, a Hoosier, to paint and live there. This trip to the Southwest captures the majesty and charm of two of their favorite cities — Santa Fe and Taos. Tour museums and historic adobe churches, gallery hop, and eat delicious local cuisine while staying at two award-winning resorts. As Santa Fe’s oldest hotel, La Fonda on the Plaza has set the standard for elegant accommodations since the early 1900s. Located in the historic heart of the city across from the 1887 St. Francis Cathedral Basilica, it has long been the destination for discriminating travelers. The legendary Santa Fe Trail ends at La Fonda, signaling to travelers that, wherever their journey began, they’ve finally arrived. El Monte Sagrado Resort in Taos was listed on Condé Nast Traveler magazine’s “Top 25 Resorts in the Southwest.”

Taos, tucked into the Sangre de Cristo Mountains, has attracted artists since the late 1800s because of its beautiful setting and dramatic light. Today, it’s still full of artists, galleries, and travelers who want to enjoy the beautiful surroundings and the relaxed, creative vibe. There is an interesting mixture of three cultures — Native American, Hispanic, and Anglo. You’ll have ample time to explore the downtown galleries and architecture, and enjoy a guided tour of Taos Pueblo, where Native Americans have lived continuously for over a thousand years.

This itinerary covers areas of higher altitudes and includes activities where moderate walking, possibly on uneven terrain, is required. 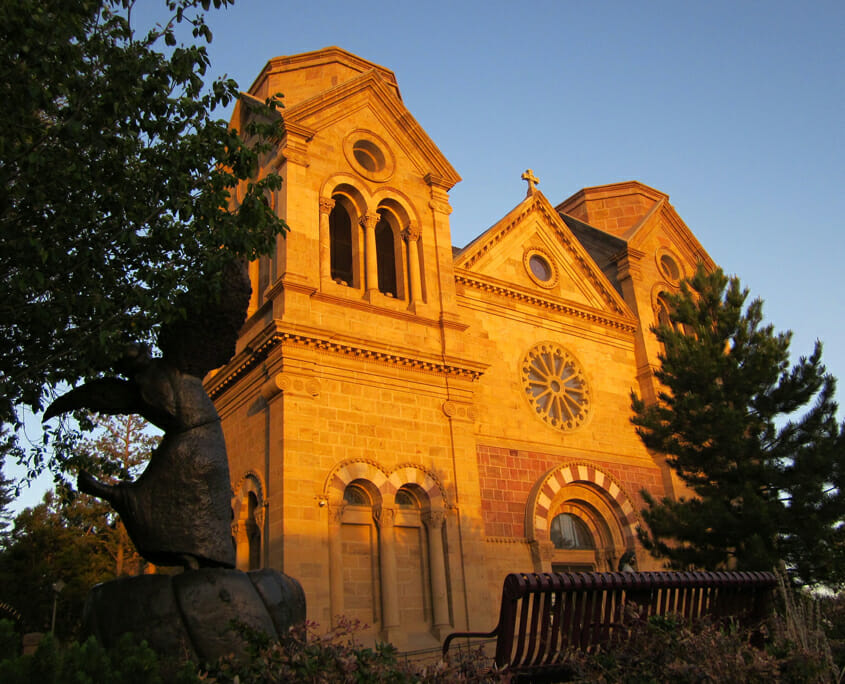 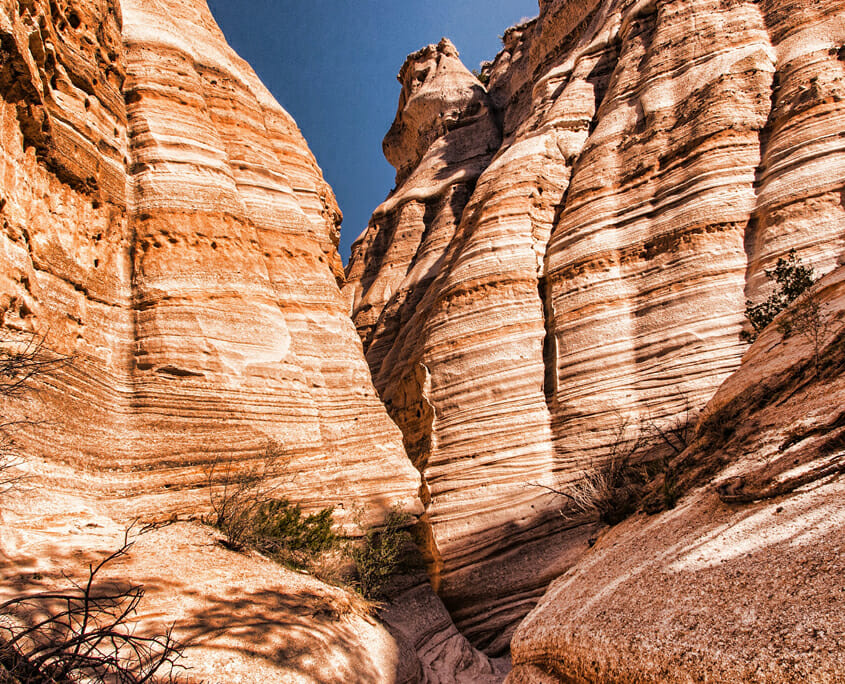 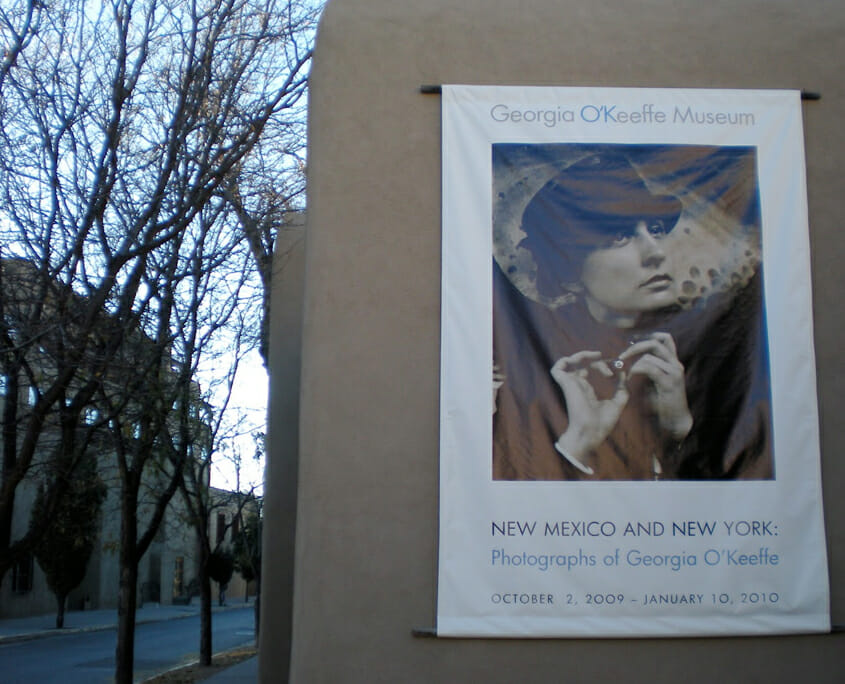 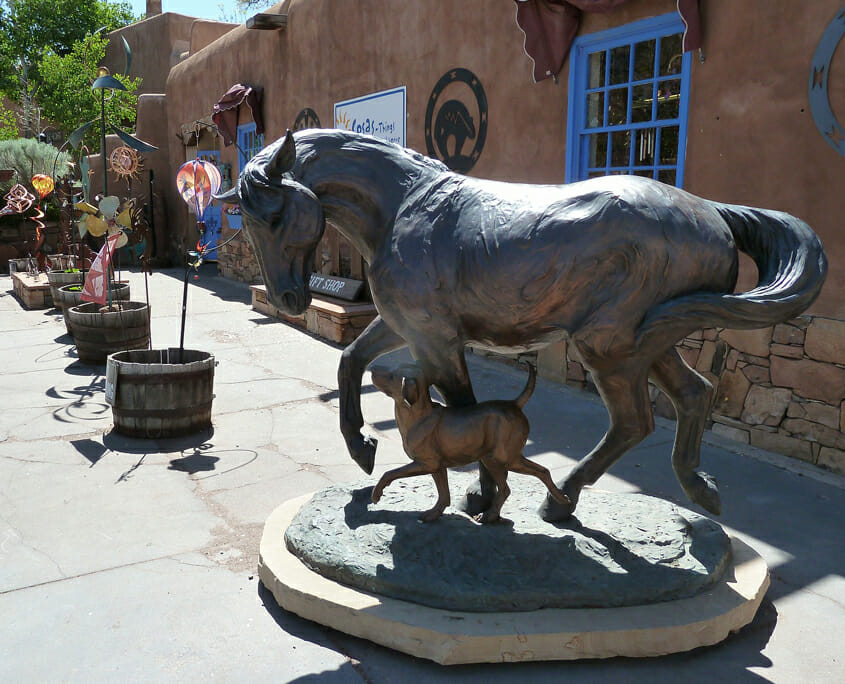 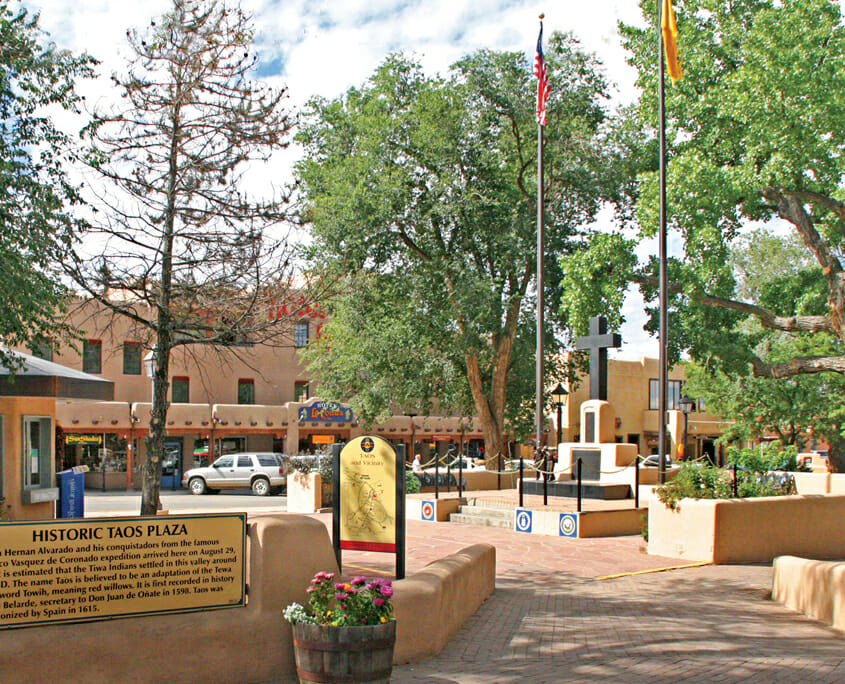 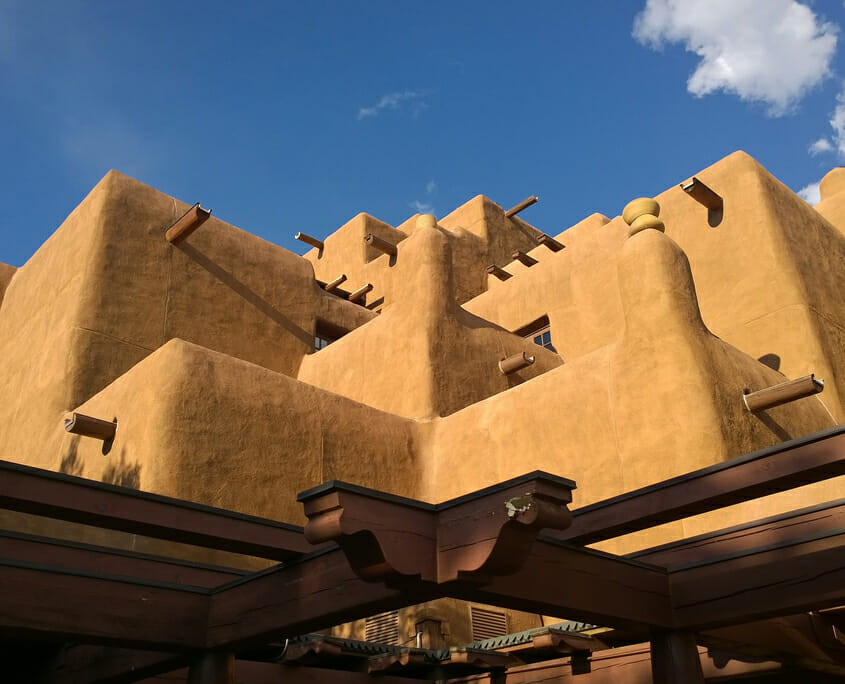 Wed, May 11: Fly to Albuquerque, New Mexico and enjoy time for lunch and exploring the historic Old Town, which has been the heart of Albuquerque since the city was founded in 1706. Today, Old Town is the city’s cultural center, with numerous museums and more than 100 shops, galleries and restaurants. Then transfer by motorcoach to Taos. Culturally rich and yet a small town, Taos was the site of the original Taos Ten artists (which included Shelbyville, Indiana native Victor Higgins) who made it an artists’ colony back in the early-20th century. Check in for your two-night stay at El Monte Sagrado Resort, a mountain oasis situated in a serene setting surrounded by waterfalls, ponds, and towering cottonwood trees yet just a few blocks from Historic Taos Plaza. Enjoy a Welcome Dinner with your fellow travelers this evening. (Meal: Dinner)

Thu, May 12: In the morning, depart for St. Francis of Assisi Church for a chance to explore its history. This historic church, four miles south of Taos in Rancho de Taos, dates from 1772. Artists such as Georgia O’Keeffe and Ansel Adams have memorialized this famous church because of its unique massive adobe and masonry architecture. Depart for Ghost Ranch near Abiquiu. After lunch at the ranch, travel to a private area of the Ghost Ranch where Georgia O’Keeffe lived and painted many of her best-known landscapes. Stops are made to take in the fresh air, beauty, and perspectives that O’Keeffe found so inspiring. Your guide provides the history of the ranch as well as stories of O’Keeffe and her life and times spent here. Enroute back to Taos, stop at Rio Grande Gorge Bridge for a thrilling walk across looking down over the river running 650 feet below in a spectacular, immense, steep rock canyon. Return to the resort where the balance of the afternoon and evening are on your own. (B,L)

Fri, May 13: Today visit Taos Pueblo on the northern outskirts of town. These two amazing five-story adobe structures, in the shadow of Taos Mountain, were built between 1000 and 1450 A.D. and have been inhabited for over 1,000 years. Approximately 150 people still live within the Pueblo full time, and privately-owned shops and galleries throughout the village support the numerous local artists. Then take the High Road and stop in Chimayo, a small village that is famous for the weavings of the Ortega and Trujillo families. It is also known as the home of the famous El Santuario de Chimayo*, an early 19th-century church that has been the destination of countless pilgrims who attribute it with miraculous powers of healing. Enjoy lunch nearby before continuing to Santa Fe to check in to your hotel, La Fonda on the Plaza, for the next three nights. Spend the balance of the day enjoying all of the galleries, historic churches, boutiques and restaurants that surround this historic “heart” of town. (B,L)

Sat, May 14: In the morning, explore Santa Fe on a guided tour. The city, though much smaller than Albuquerque, is New Mexico’s state capital. Meet your local guide and begin with a historic walking tour in the Plaza and a visit to the Loretto Chapel before continuing by motorcoach down the Old Santa Fe Trail, passing museum hill, Canyon Road galleries, and the capitol building. Next, take a docent-led tour of the Georgia O’Keeffe Museum. O’Keeffe’s paintings reflected her love of the New Mexican high desert — animal bones, dramatic cliffs, and badlands; other paintings at the museum include some of her large-scale flowers and New York cityscapes as well as art of some of her contemporaries. The rest of the afternoon is yours to visit Museum Hill, the art galleries on Canyon Road, the abundant boutiques and specialty cafes, or simply relax and enjoy the hotel’s amenities. (B)

Sun, May 15: Today travel to the Puye Cliff Dwellings for a cliff dwellings and mesa top tour. The Puye Cliffs were home to Pueblo Indians who lived there from the 900’s to 1580 A.D. Their ancestors now reside in more modern dwellings about 10 miles east of the cliffs, in the Rio Grande Valley and are known today as the Santa Clara people. The Puye Cliffs are comprised of two levels; cave dwellings cut into the cliff face, as well as dwellings on the mesa top. This is the largest of all settlements in the Pajarito Plateau, and was the first of the ancient pueblos of the Rio Grande Valley to be excavated (1907), and was named a National Historic Landmark in 1966. Spend some more time enjoying Santa Fe or take an optional trip along part of the Turquoise Trail to Madrid, nestled in a narrow canyon in the Ortiz Mountains. Once a historic coal mining town and later a ghost town, it is now a creative community with shops and galleries representing hundreds of artists. This evening, gather with the group for a Farewell Dinner. (B,D)

Mon, May 16: Spend your last morning in New Mexico soaking up the Southwest sun before transferring to Albuquerque to fly home. (B)

*Visit and tour pending reopening per the Archdiocese of Santa Fe. 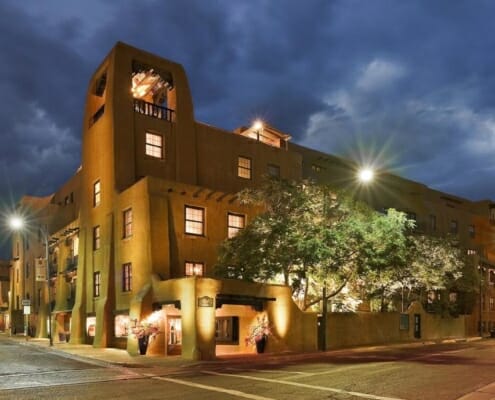 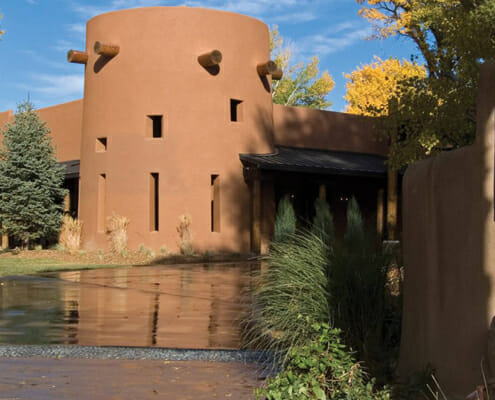