The Laurel Highlands of Pennsylvania

Discover the beauty of the Laurel Highlands, where Frank Lloyd Wright was inspired to build his architectural masterpiece, Fallingwater. Visit four unique Wright properties, which display the architect’s desire to design homes to capture the natural world in which they were surrounded. You may even gain your own inspiration from this magnificent region on the westernmost ridges of the Appalachian Mountains!

Learn the history of American vacation travel by road along the Lincoln Highway, our nation’s first coast-to-coast highway. See where George Washington spent the beginning of his military career and the site of his only surrender. Discover how a Mennonite village transformed into an industrial powerhouse and remember those that were lost at the Flight 93 National Memorial. Architecture aficionados and history buffs won’t want to miss this trip to quaint towns in the mountainous region of southwestern Pennsylvania. 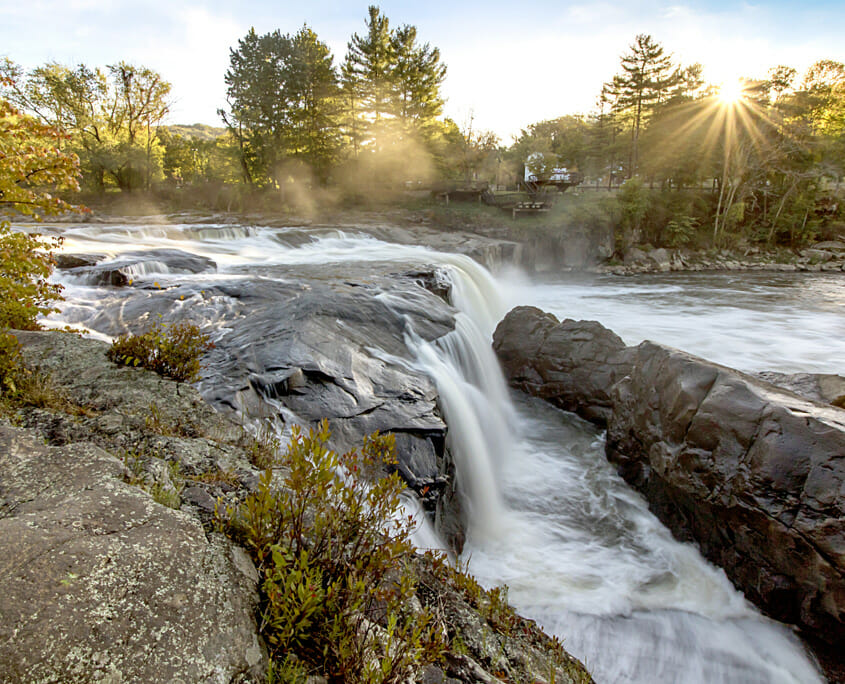 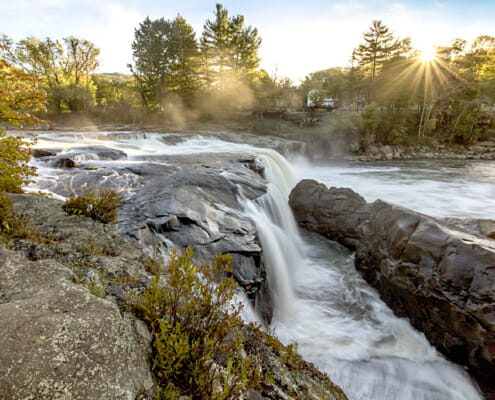 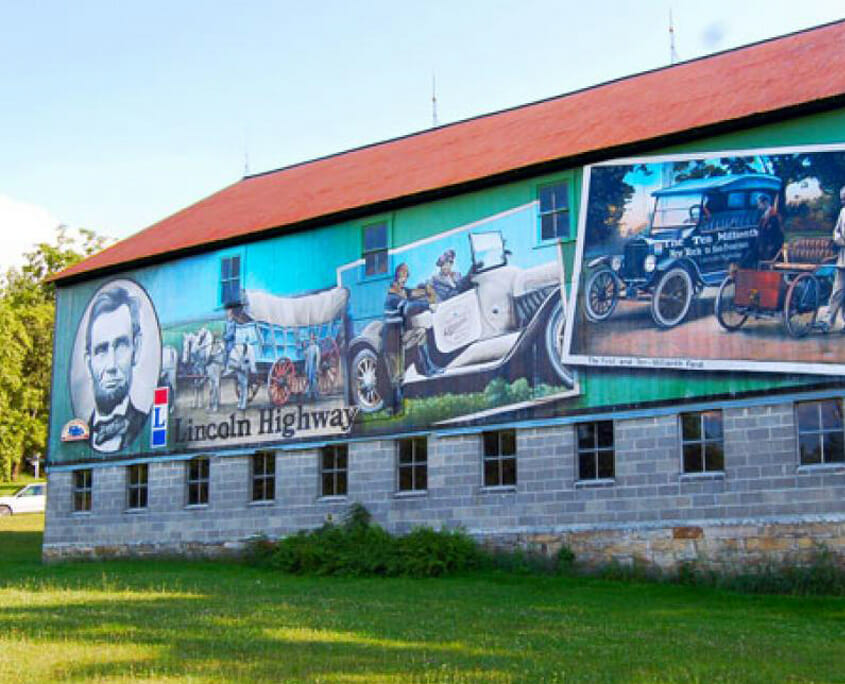 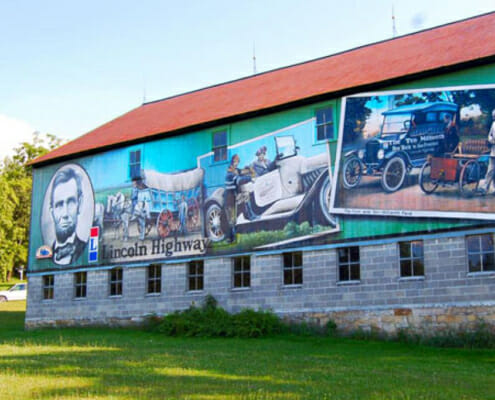 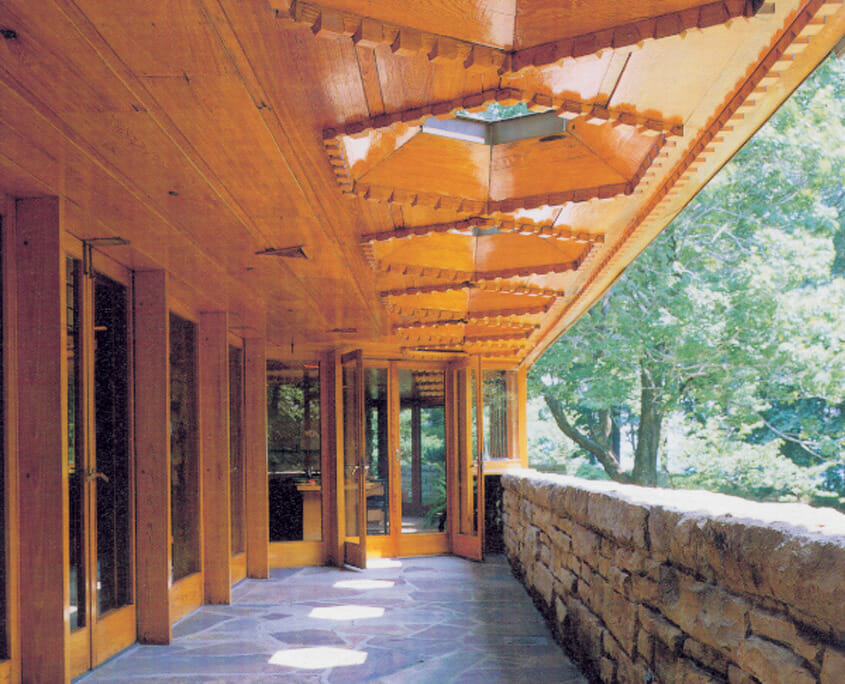 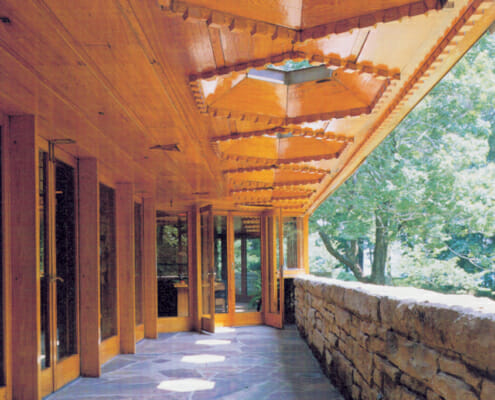 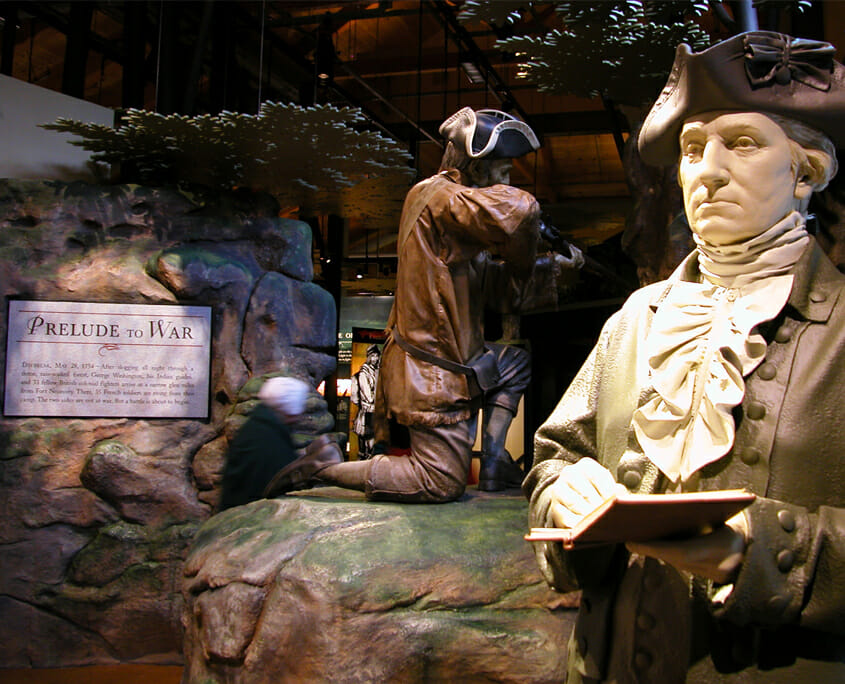 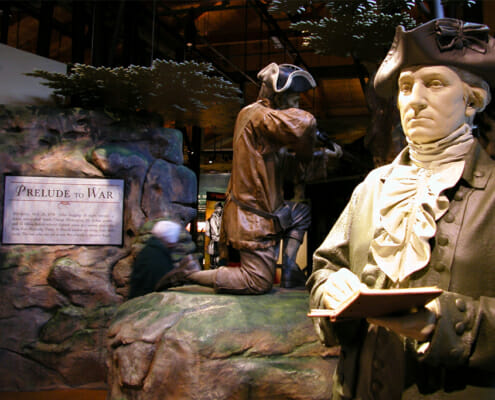 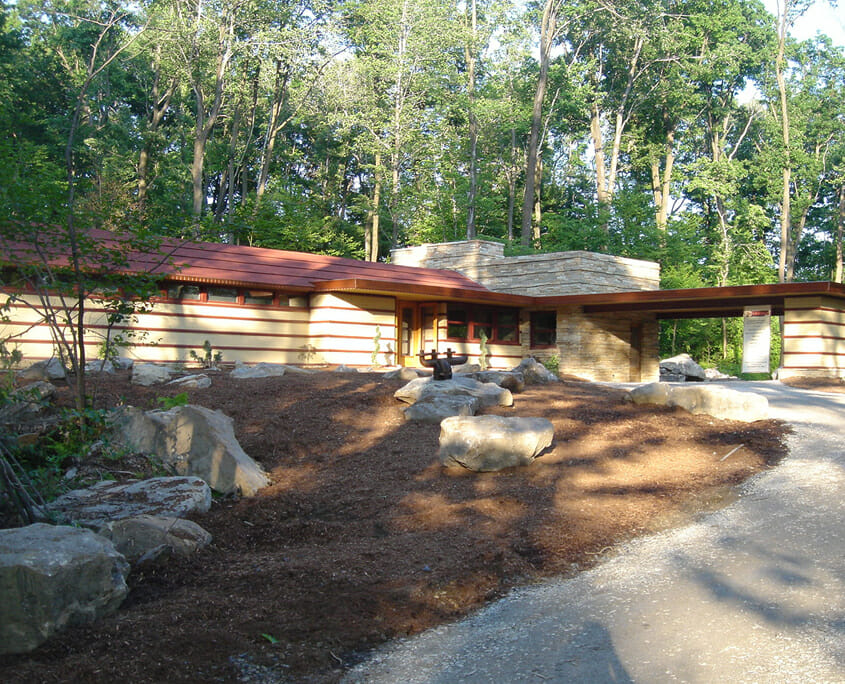 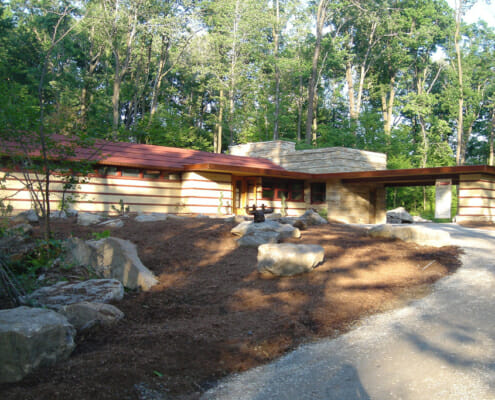 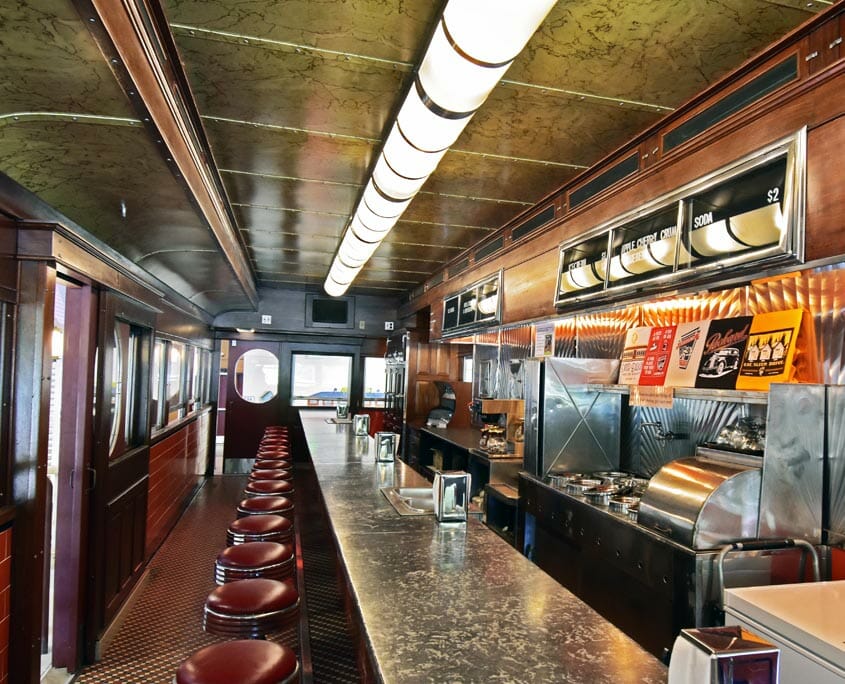 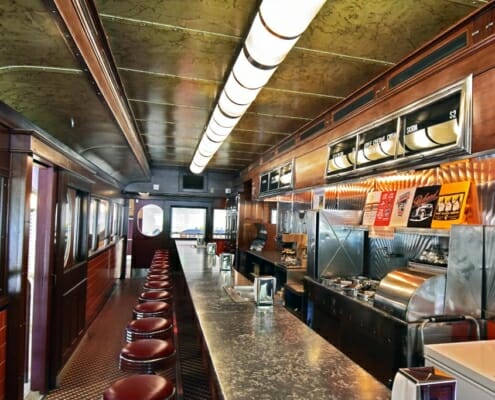 Sat, Apr 29: Depart Indianapolis via motorcoach and head to Latrobe, Pennsylvania. Stop along the way at Franklin Park Conservatory and Botanical Gardens for a self-guided tour and lunch. Arrive in Latrobe, considered the home of the banana split and celebrate with a banana split reception. Check in to your hotel for a two-night stay. This evening, a Welcome Dinner with fellow passengers is included. (Meals: Lunch, Dinner)

Sun, Apr 30: This morning, get ready for a day full of architecture, history and nature. At Polymath Park, discover how Frank Lloyd Wright became famous for designing homes that were in harmony with their environment. See two examples of his Usonian designs — the newly opened Mantyla House, followed by the Duncan House, both which were saved from demolition and relocated to their new sites at Polymath Park. Furnished with Mid-century Modern furnishings, experience the signature characteristics of the homes such as open floor plans and efficient use of space. Afterward, visit one of “The Most Charming Small Towns in America”, Ligonier, Pennsylvania. Enjoy some free time in this historic, quaint town for lunch and shopping. Next, tour Fort Ligonier with a “George Washington” impersonator and learn how this fort made Pittsburgh possible as you explore the grounds of the finest reconstructed fortification from the French and Indian War.  Dinner is included this evening before returning to the hotel. (B,D)

Mon, May 1: Check out of the hotel and jump on the Lincoln Highway, our nation’s first coast-to-coast highway which stretched from New York City to San Francisco in 1913. It’s the one route that changed America forever—marking the birth of popular American tourism vacationing via automobile. Learn about this and much more at the Lincoln Highway Experience. Next, visit the Flight 93 National Memorial, which serves as a permanent memorial to the 40 heroes on United Flight 93 who courageously gave their lives thwarting a planned attack on the nation’s capital on September 11, 2001. After a quick lunch stop, continue to Kentuck Knob, another Wright home. See how the home was masterfully designed to blend naturally with the surroundings, with views of the state’s deepest river gorge. Touring the home will take you inside and out as you learn about the Hagan Family and their love of art and sculpture. Enjoy the evening at your leisure after checking into your accommodations. (B)

Tue, May 2: Start the day with breakfast before departing to visit the last of the Wright homes in the Laurel Valley. Considered one of the greatest architectural triumphs in the 20th century, Frank Lloyd Wright’s Fallingwater cannot be missed. Built in 1937 for the Kaufmann Family, prominent in Pittsburg for owning Kaufmann’s Department Store, the home’s design sought to capture the natural world by which it was surrounded. Constructed over a waterfall, see how Wright chose to capture nature by allowing the family to live within it. Following the tour, enjoy lunch on your own in the town of Ohiopyle, located along the Youghiogheny River with a view of Ohiopyle Falls. Learn about the significance of the falls in the French and Indian War, and how George Washington began his military career in the Laurel Highlands. This evening enjoy a delicious Farewell Dinner. (B,D)

Wed, May 3: The trip home starts with a visit to West Overton Village. Discover how a Mennonite family transformed their small agricultural village into an industrial powerhouse including a commercial coverlet factory, distilling complex, and coal mine. Explore the beautiful grounds, and enjoy a relaxing lunch before returning to Indianapolis in the evening. (B,L) 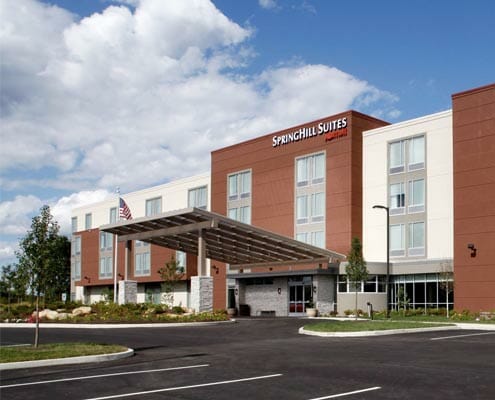 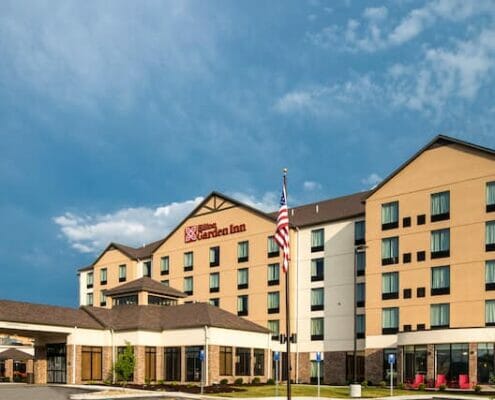